The last few days have been full of stress and anxiety for me. We released the Operation Restore Hope fundraising campaign video and it took off like a rocket. We had over 20k people see the post and over 8.8k view the video in just 4 days. It was also reposted on twitter multiple times. It was exciting to watch happen, but the excitement quickly wore off as it became apparent that no donations were coming in. There was a buzz about ORH, people were sharing and resharing, but somehow I had failed to deliver the message in a compelling way. I sat back and watched as the numbers grew but the donations remained at $0. I had failed. My conversion rate was 0%. Yes I reached people but if there wasnt any conversion then did I really make a difference? An audience of 8.8 thousand people but I couldnt convert 1 into a donor. Everything I had worked so hard on had a sum total of 0 results. How disheartening. I went back to the drawing board. I had questions, I needed answers.
What went wrong?
Was the message not clear?
Was it to confusing?
Is there someone better as a spokesman for ORH?
How do I retool this thing to get results?

I have no answers.

60 days to raise 12k…. and I have no idea how to do it. Im exausted, confused, frustrated.
Why is this so hard?
Couldn’t God have picked someone better equipped for this mission?
Why me? I dont know what I am doing.

Ugghh If you are looking for a happy ending you wont find it here, because I havent found it yet. I am still in the midst of the chaos. But I know God is faithful. Pastor Matt just preached about this. *There is money in the box, and its been there the whole time.* So I cant stay here, in this place of discontentment. I must move forward. Keep marching to the goal.

Here is a lesson I learned early in my “social media career” I realized it last night. “I cant get obsessed over twitter numbers, checkin ours then comparing them to others.” -Andy Mineo
Now I dont care how many followers I have or video views…. but what I was consumed by my conversion rate. I tied my self worth to the amount of donations I raised. But I am sure God does not weigh me by the same standard. It is Gods mission after all, and I am just a lowly NCO. Bound  by my service to the Lord. He wouldnt bring me this far to leave me now. So I have to sit and wait for the Lord’s provision. It will come. It always comes. God is never late.

I must remember when I speak, no matter the size of the audience, I am speaking to an audience of one. 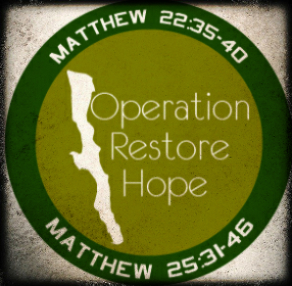 In the Pit.
Scroll to top