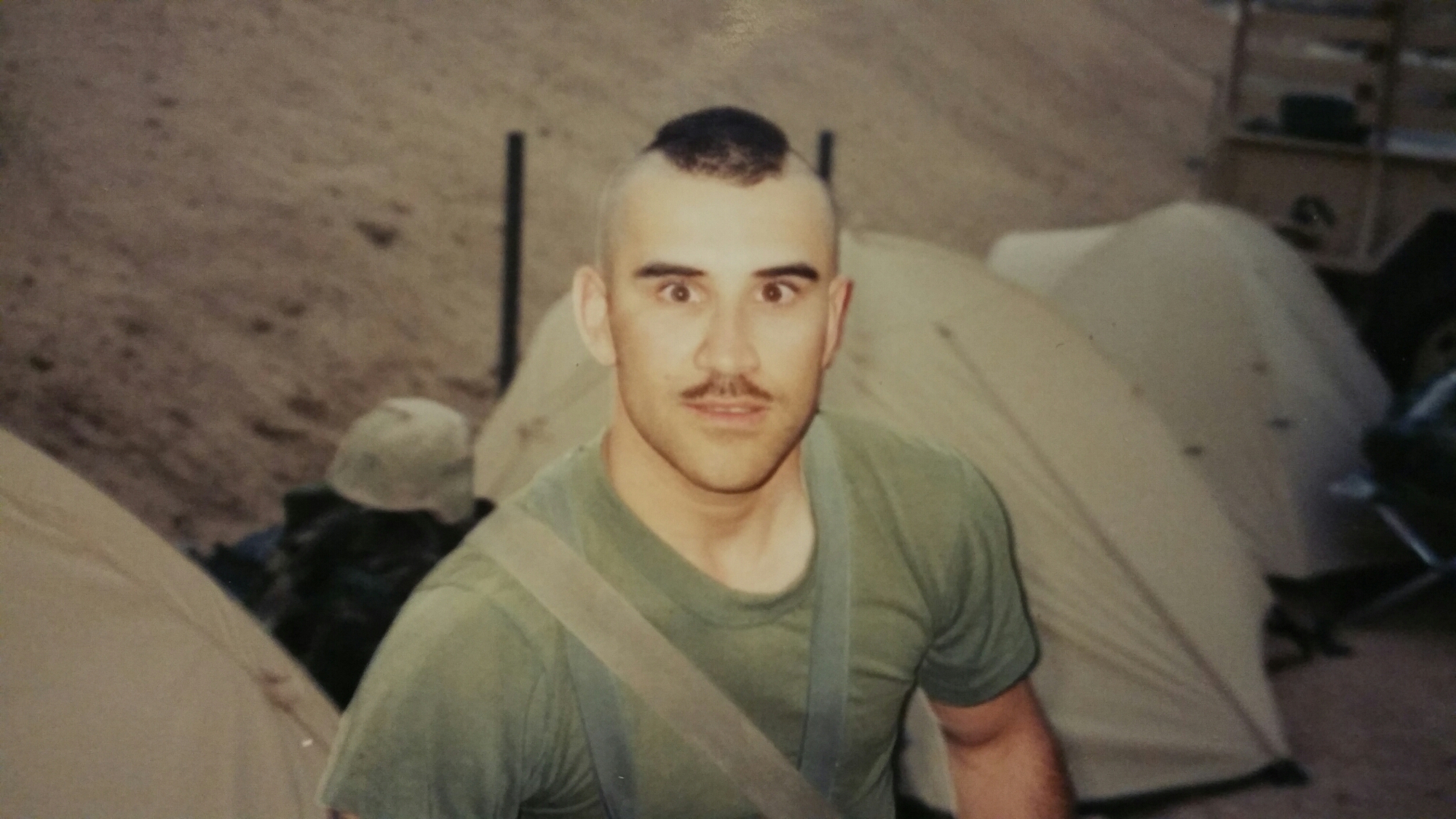 This is a problem I have had ever since returning from Iraq. I will worry and stress of every decision I make. It used to be a crippling issue for me. It would alway give way to a panic attack.

I never had this problem before the war. I was a go-getter. At 17 I joined the Marines. 5’5 and 125 lbs, and I joined the toughest military branch in the world. People would often look at me sideways when they found out that I had joined. It was a look of “are you sure thats a good idea.” I guess I never really noticed my small stature, but now as I look at my 16 year old son, who is the same size I was when i joined, I know why people looked at me funny. I often wonder how I made it. How I was able to join 1st Anglico, become a master parachutist and close combat instructor.

I had no fear, no worry. I never douted I could do it.nothing seemed impossible for me. People would stand around and talk about doing something, but I was the guy who just jumped in and started doing it. Im not sure why, I was always wired that way I guess.

I remember driving to Mainside with my Sgt. Sgt Wade. While we were there camelback was doing a demo for the now standard hydration packs we carry. They were doing a pushup competition and you could win a camelback if you placed in the top 3. There was a croud of Marines standing around watching 2 or 3 guys pumping out reps. All talking about the 2 or 3 guys participating. All talking about how they would do it different or how they could do more than the other guys but they werent going to try because they had already lifted for the day.. bla bla bla. I stood around for about a minute before joining the competition. It was simple, whoever could do the most pushups without quitting. You could rest, but only the front leaning rest. (Pushup position)

All said and done I did 217 consecutive pushups and won a camelback. I still have it today and take it sometimes on the missionfield.

Think about that. 217 pushups. How many of us could do 50, or even 20 right now? Looking back I even have a hard time believing I did it. I had no fear, I never douted I could do it, and win.

But all that changed when I came back from deployment. Anxiety, panic, nightmares. They slowly chipped away at my self confidence. I nolonger felt invincible. I began to question myself. Question every choice I made and run it over and over until I completely shut down. I dont know if you do the same thing, I dont know if you lost that fearless side of yourself, but if you did… getting it back will be a long arduous journey filled with highs and lows. I have never gained back that fearlessness. I am still afraid when I do most anything. Leading teams on the missionfield, presenting Operation Restore Hope or even going to a grocery store can and do often strike the fear chord in my heart. I will second guess myself. I lay awake in the early mornings worried I won’t be able to preform. Asking myself why am I doing all this? Why dont I just quit and walk away?

The fear of failure is a heavy burden.  Before Iraq there were no real consequences for failure. But in Iraq, failure meant death. This became all to real on deployment. I guess that is why I am now so afraid of it. ( this is a revelation I am making for the first time. It is strange to share it with you in its raw form. A thought that reveals a darker part of myself that I didnt know was there.) 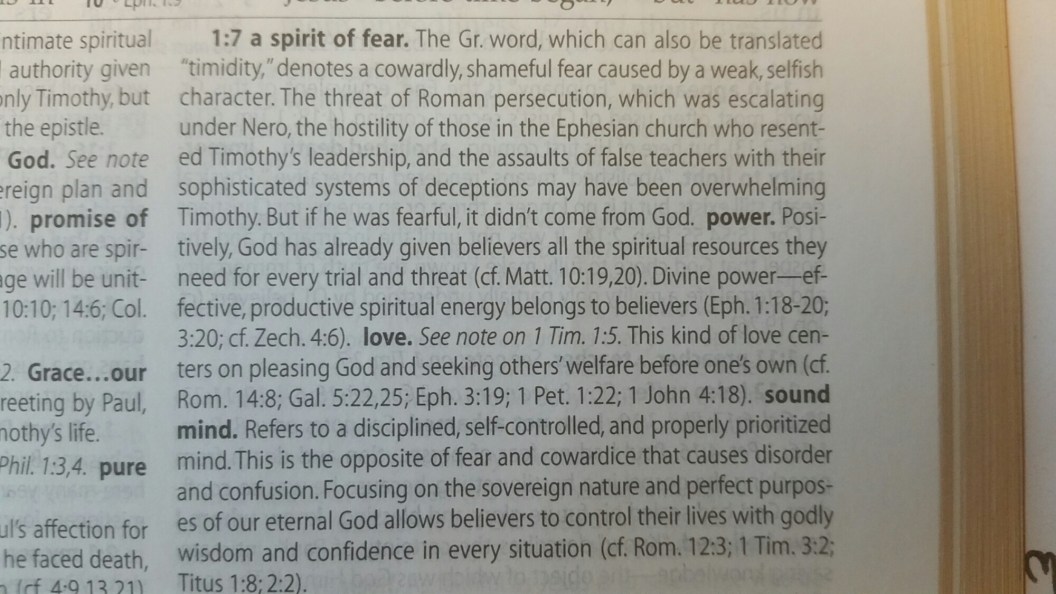 This is Paul writing to Timothy to encourage him as he went out to preach the gospel. He knew Timothy was afraid but he went anyway.
I still do things. I still accomplish goals, but I am almost always afraid when I do it. I used to think I was brave because I was fearless. Now I know true bravery is being afraid and moving forward anyway.

“He who dwells in the shelter of the Most High will rest in the shadow of the Almighty.  I will say of the Lord, “He is my refuge and my fortress, my God, in whom I trust.”…He will cover you with his feathers, and under his wings you will find refuge; his faithfulness will be your shield and rampart.  You will not fear the terror of night, nor the arrow that flies by day, nor the pestilence that stalks in the darkness, nor the plague that destroys at midday.  A thousand may fall at your side, ten thousand at your right hand, but it will not come near you…For he will command his angels concerning you, to guard you in all your ways…“Because he loves me,” says the Lord, “I will rescue him; I will protect him, for he acknowledges my name.  He will call upon me, and I will answer him; I will be with him in trouble, I will deliver him and honor him…” from Psalm 91:1-16

PTSD & the Crap that comes with it.
Birthday reflection.

PTSD & the Crap that comes with it.
Scroll to top