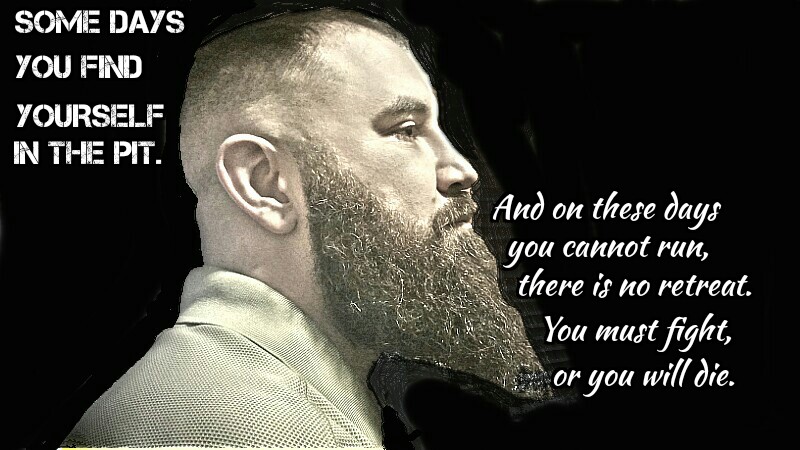 Fight
When I was in the Marines I liked to fight. This was nothing new. I had been fighting my whole life. I think I was 8 or 9 when I got in my first fight. It was at the bus stop. There was a new kid, fat kid who liked to push people around because he was bigger than all of us. He was a year younger but bigger than all of us. He thought it was funny to be a bully and push us down or pin us against the wall. He never hit us, but push us around or hold us down.
Now our bus stop was in front of a small cafe called the weekender. In the morning you would have a half dozen loggers and truck drivers getting their morning coffee and bite to eat. It was a small town and I knew most of the adults in the cafe. And if I didnt know them, odds are they knew my parents.
I think it was the 3rd day of being bullied that I had had enough. I knew he wouldnt stop unless someone made him. And today that someone would be me. I was nervous, not scared like the other kids that day, but nervous because I knew I would have to fight. I had never been in a fight before so I didn’t know what to expect.
As usual the bully walked up to the bus stop, a small covered area in front of the cafe that had a picnic table with an old coffe can half filled with sand and half filled with cigarette butts. He began his usual  routine and when he got to me he could tell things had changed. I wasnt standing there with my backpack on and my head down like everyone else. My backpack was on the table and I was looking him dead in the eyes. He paused for a moment, considering his options I figured, then shoved me. It was harder than before. I lost my footing and took a step back. (I would later learn this is what is ment by being “caught flat footed”) As I steped back with my right foot, I sprung forward and caught him with a hard right.  Well hard for an 8 year old anyway. I can still hear the sound of my fist smashing into his face, like the sound a fresh steak makes when you drop it on a counter. I think I was just as surprised as he was about what just happened. The look on his face was shock, dismay, disbelief, but it was quickly turning to anger. I knew I only had a split second to figure out what to do next. Fight, run, apologize and try to talk my way out of it? I chose fight. I knew if I waited another second I would lose the initiative and he could quickly over power me. I swung again and again, pummeling the fat-so. Now I could hear the other kids joining in yelling and cheering on the fight. They had all waited for this day, to see the bully get what was coming to him. I had worked him back against the wall, window to the right and door to the left, and kept punching. As I punched he began to wale and cry. Blubbering and screaming for me to stop. But I didn’t.
By now several of the locals had filed outside the cafe to watch. Standing there with their cigarettes and coffee they watched the bully beatdown. At one point one of the loggers told me that was enough and I stopped. If he hadn’t said anything I think I would have kept swinging until my arms fell off.

I hadn’t been scared until this point, but now I worried about how much trouble I would be in. I could hear the sound of the bus arriving behind me mixed with the heavy sobs of “el gordo.” The bus doors swung open and the bus driver asked what had happened. Before any of us could say anything the men from the cafe stepped in and told her that “gordo” here had been bulling everyone at the bus stop for the last few days, and today that ended. She looked down at him, the sobbing bloddy mess of a kid and said, “well did you learn something today?” He nodded his head that he did, still wimpering and sobbing as he boarded the bus.

Nothing happened after that. I never got in any trouble, and fatboy never picked on us again.

Become a Fighter                                       This was my first fight, and I learned a valuable lesson. That when you are faced with a bully. You fight. I toppled several bullies during my time in school so when I joined the Marines I was ready to fight. My unit saw that I liked to fight and to teach me a “lesson” they sent me to Close Combat Instructors Course. “So I could get my ass kicked every day” the XO had put it.

My first day they threw us in the pit. They called it the house of pain. It was a pit 10 feet by 10 feet by 8 feet high. It was lined with sandbags and smelled like sweat and blood. The floor was sand and stired up and stained from the battled waged before. 1 at a time we would enter the pit with an instructor. They would be geared up and ready for a brawl. You would have to gear up in the pit with them looking over you. The rest of the class would be above looking down. Waiting for their turn. This would be a fight unlike any I had before. I could not run, there was nowhere to go. I could not hide, there was nowhere to hide. I had to fight. That first day I got beat up pretty bad. But I showed up the next day. Others did not. You had the option to quit at anytime and go back to your unit and as the days progressed our class dwindled. Every couple of days they would put us in the pit and this is what broke most people. After a while you knew the ones who werent going to make it. They were the ones who quit fighting in the pit. They would just cover up and take the hits without swinging back. Those are the guys who wouldn’t be back the next day.

The pit was dark and small and stunk like battle… and you were alone with the enemy. You couldnt tap out, you couldnt run. You had to fight.

In a pit, alone with an enemy to which there is no escape.
Are you going to quit? Check out early? Or will you fight!

Some days you find yourself in The Pit, and on theses days you cannot run, there is no retreat. You must fight or you will die.

“Living with ptsd is a daily battle. Some days you win, some days you lose, but every day… you fight!”

4 days out.
Scroll to top