“Despite your disability you can still be a Hero and you can do it today.” 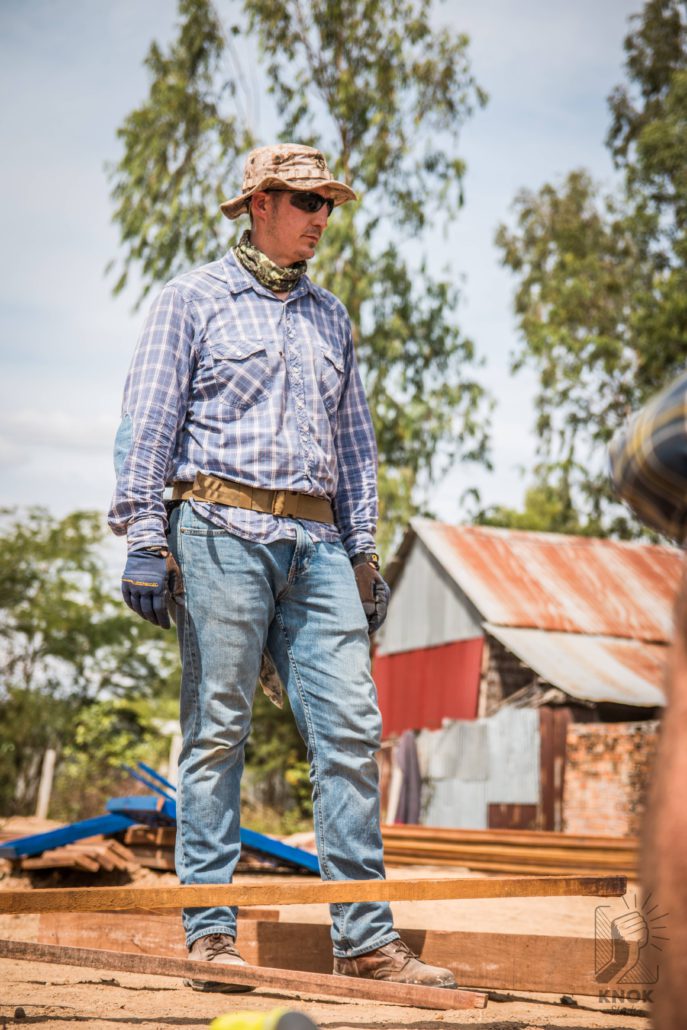 I grew up in Seattle and was the captain of the high school swim team. I didn‘t want to go to college, but I did want to do something meaningful; something I could be proud of. The Marine Corps was the hardest thing I could think of, so I joined up. I married Shelly shortly after I was stationed at Marine Corps Logistics Base, Albany Georgia. While I was there, I became a Marine Corps Instructor of Water Survival, and was promoted to Sergeant in less than 3 years. After I was honorably discharged, I was hired with the fire department and now hold the rank of Lieutenant. The same year I was hired by the fire department I was part of the team the planted Faith and Victory Church of which now my wife and I are associate pastors. I’ve seen trauma and felt traumatic stress, and have found relief through serving on the mission field. I‘m thankful that Operation Restore Hope found me. I have a heart for those who are dealing with PTSD and other injuries from service, and believe that Jesus can heal them. I am proud to now serve along side my brother’s again, and excited to see the lives of veterans change when experiencing the joy of working on the mission field. 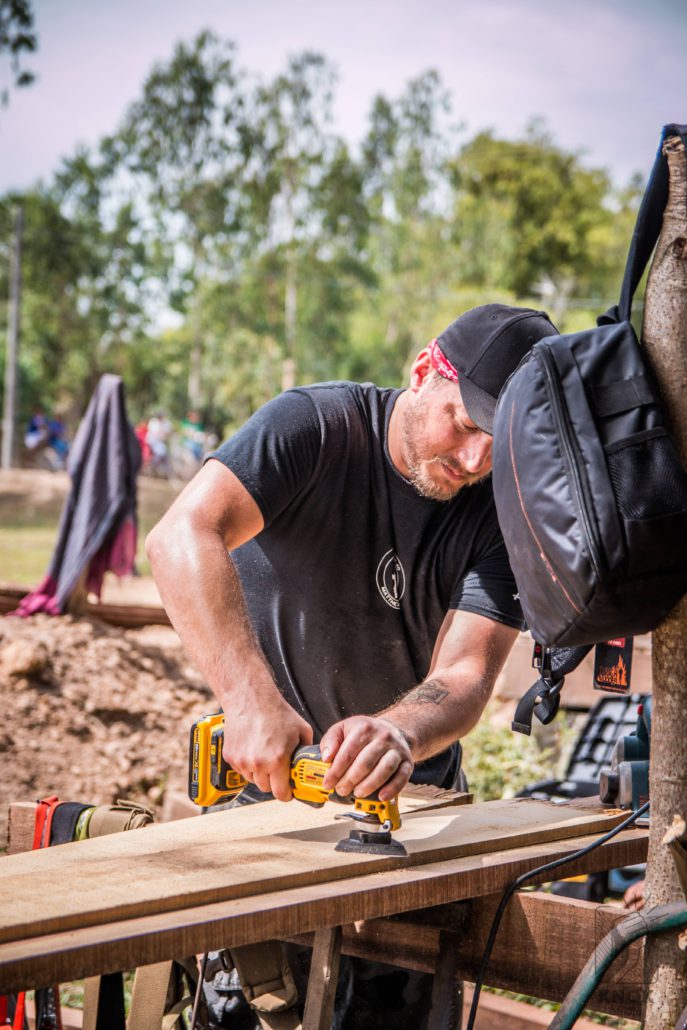 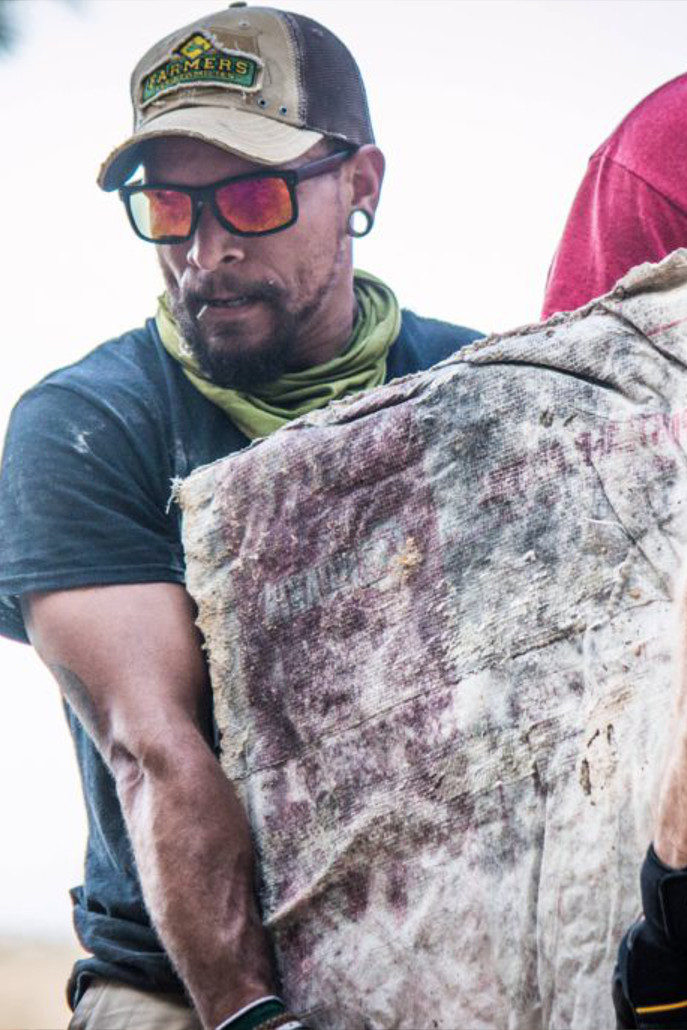 My name is Marcus Cola. I was born in Fort Stewart Georgia and I am one of nine kids. In 1987 we moved to Germany where my father was stationed in the Army. My family and I stayed there until 1991 when we then moved to California. Then in 1992 we moved to Washington State where I have spent the majority of my life. Throughout my high school years I was part of JROTC. I enlisted in the Army National Guard after high school. I then enrolled at Washington State University where I studied Hospitality Business Management and International Business. I was also part of ROTC. After basic training and Advanced Individual Training, I started my sophomore year of school but two weeks later was pulled out of school and deployed to Iraq. After returning home, I re-enrolled to the university with the attempts to finish my degree, but things were different. I could not focus in class, I was easily annoyed and I felt alone even in a crowd of people. I felt that the world had changed around me but I was not present for that change. Three year had gone by, with failed attempts at returning to school and frustration, I found myself working a graveyard shift frying doughnuts because of its solitude.

In 2006 I was informed that my unit would be deployed again. My girlfriend and I decided to get married before I left. We tried to enjoy the time we had left together but we feared the worst was yet to come. In 2008 I was deployed to Mosul, Iraq where I conducted dismounted patrols, Quick Reaction Force (QRF) and did convoy exports. During that time I had been in close combat and experienced explosions from mortar and RPG attacks. When I returned home I wanted to try to get back to “normal”.

Jaded and confused, I jumped back into the workforce to the only opportunity that was worth trying at that time and from encouragement from my wife. I began training to be an Electrician. After five years of an apprenticeship I became a certified Journeyman Electrician. During my apprenticeship I struggled with my health physically and mentally. I reached out to the Veteran Administration for help but was quickly denied off of misinformation and poor communication. Because of that experience, I didn’t want to even try to get help. My spirit was broken and I was lost, a shell of the man I once was. In turn, I had a hard time opening up to others and pushed away my emotions.

In 2011 my first son was born. He was born early and had to stay in the NICU for a month before coming home. Watching him fight for life made me want to do the same. If not for myself, for him. I decided to go back to the VA with a renewed sense of dedication to get well. In 2014, the VA finally recognized a few of my service connected ailments from my time in the Army. However I was quickly prescribed medication that caused severe panic attacks and high blood pressure. My body ached and I was frustrated that they did not seem to be honestly helping me just prescribing me more pills. I am still trying to work with the VA, but even the thought of having to relive my life over and over every time I go is enough to make me want to stay away.

That fall, my family and I were invited to a new church by some friends. The lure of this church was a population of Veterans. So we gave it a shot. Within the first few minutes of being there I was invited to a Men’s Breakfast at the church. The morning of the breakfast as I was eating with a room of strangers I heard my name get called from across the room with the phrase “Marcus will do it”. Inquisitive about what I was being volunteered for, I joined the group of men standing there. I was then propositioned to build a house. I immediately said yes. When I asked where and when I was told “Mexico” and “we leave tomorrow”. I quickly became discouraged because at that time I had just been laid off of work and did not have any extra money to allow a last minute trip out of the country. It was at this point Sergeant Q told me to step out on faith if I wanted to go. So I called my wife.

24 hours, later I was on a flight to Mexico. The men in the congregation pooled their money together so I could go. And I never looked back. After having such a healing, life changing experience I know it was where God needed me to be at that exact moment in my life. I went to Mexico a second time in 2016 and Cambodia in 2017. I believe in what Q Missions is doing because I have experienced what it can do and share the passion to never leave a brother behind. 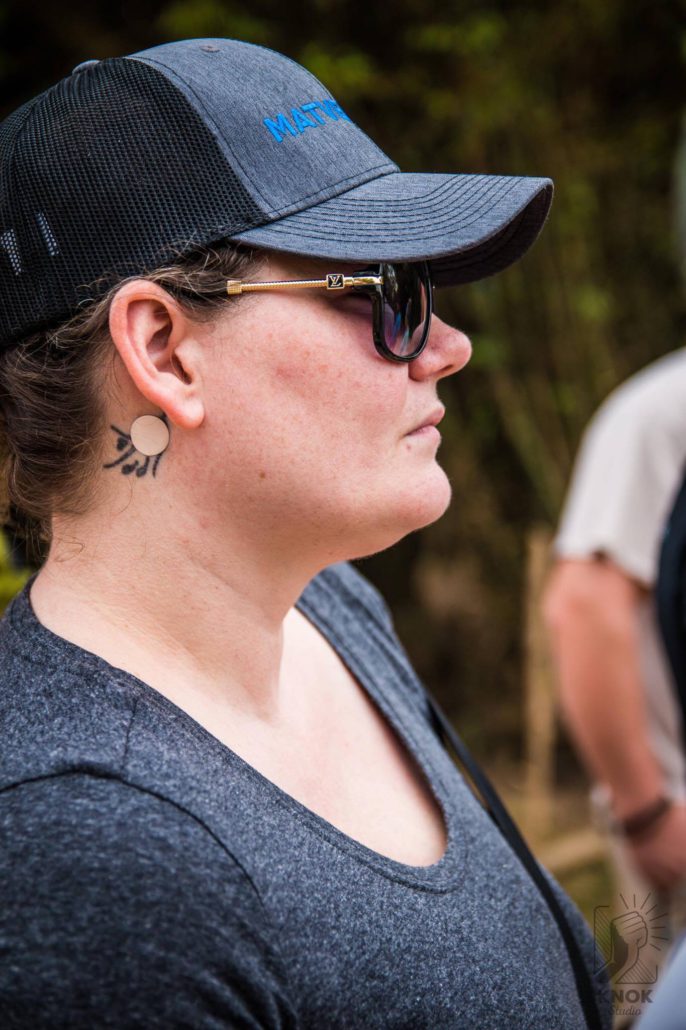 Very few times has Sgt Q left her behind in fact only when he dose a Recon mission to a potential hostile location does she stay at home base. As his wife she is a great value to him on and off the mission field. She makes all the arraignment for the team’s travel and support.

Mrs. Q is the Director of Development. She handles any an all issues that arises on and off the mission field. More than once she has been referred to as “mamma Holly”. She makes it her goal to ensure all the needs of the veterans are met on and off mission. Whether it’s “call your wife” reminders or 3am pharmacy runs in Cambodia in the back if a Tuk tuk she is there it ensure the comfort and safety of those QMissions serves. She has even been known to do run by sunscreen sprayings!

Holly was adopted at a very young age and suffered unimaginable abuse at the hands of not only her birth parents but her adopted parents as well. Holly has been searching for healing for many years but nothing has brought peace like helping those who can’t help themselves on the mission field. She has found her own mission within QMissions called Operation Restore Support. She provides support for spouses of veterans.

Rest easy knowing that if your involved in QMissions Mrs Q is there to ensure that all the bases are covered, that you have everything you need to be successful, to encourage your spouse, and to be an understanding ear to listen and support you. 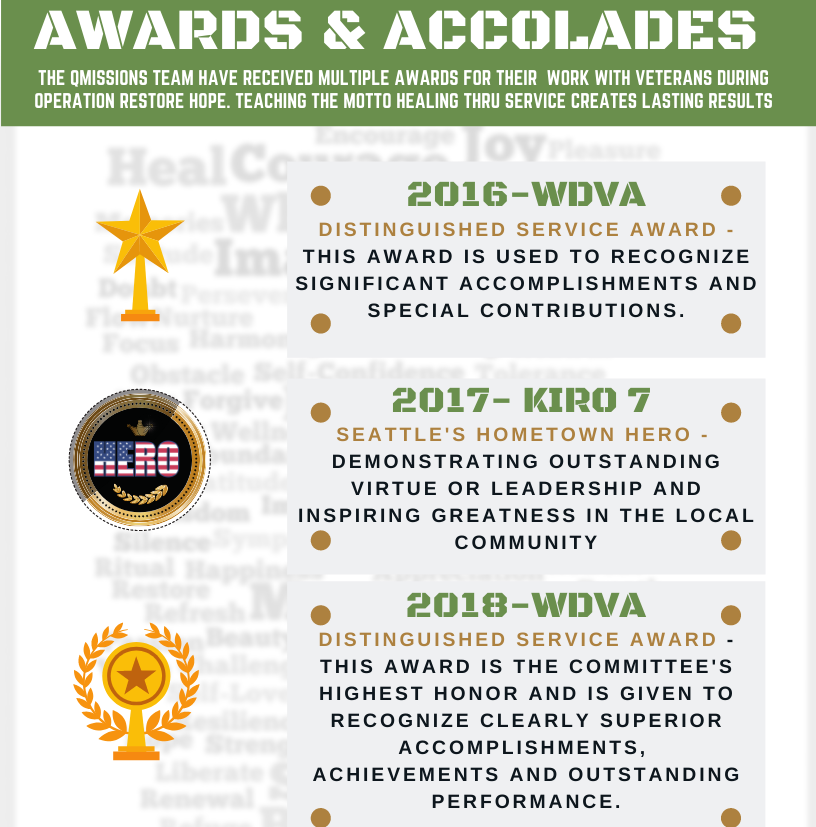 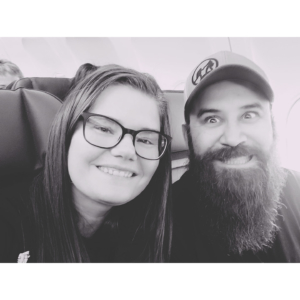 ” Being a Marine and being a missionary are very similar.
1. You are still working long hours for little pay.
2. You are going to dangerous places most people would never consider going.
3. Everywhere you go there is a certain part of the population that wants to cut your head off. T
he needed skillset is the same but the mission has changed. We are not going to kill people and destroy buildings, we are going to save souls and build infrastructure.” -Sgt Q

In 2015 God had been calling Sgt Q to share the healing he had found on the mission field with his fellow warriors. He had ignored this calling until he had a close friend and fellow Marine go off the grid and feared that he would become part of the 22 veterans that commit suicide every day in America.

Sgt Q prayed that his Marine would not become a statistic and that Sgt Royers death need not need to be the catalyst for his ministry. 6 months later Sgt Q led his first team of veterans on Operation Restore Hope. Sgt Royer is still with us and Sgt Q has made it his life’s mission to bring veterans to the mission field to promote healing thru a comprehensive spirit filled process. He partners with Homes of Hope a ywam ministry and Semper Fi Fund to accomplish this mission.

Sgt Q works tirelessly with his fellow warriors.
He reminds them of who they are. 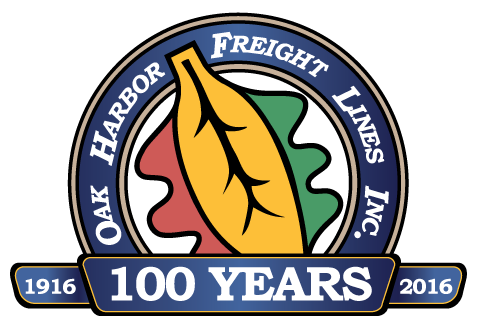